This Saturday, March 8, 2008 is the Spring Delaware Fire Service Wake Up Delaware Free Smoke Detector and Battery give away. The Delaware City Fire Company along with all other Fire Stations across Delaware will be out in full force promoting the Wake Up Delaware initiative from 09:00 hours until 15:00 hours. Residents are encouraged to visit their local firehouse to receive the free detectors and batteries and are asked to provide address information to assist fire department personnel in their continuing effort to ensure that every household in Delaware has at least one working smoke detector in place. Brochures describing recommended installation practices are also available in English and Spanish. Persons requiring assistance with installation or replacement are encouraged to ask their fire company for help. Despite documented "saves" resulting directly from this initiative, it is still estimated that as many as half of the homes in Delaware are not equipped with working smoke detectors. A fire earlier this year in Harrington, DE that took the lives of two children revealed the absence of working detectors in the involved residence. A follow-up canvas by the Harrington Fire Department, in which firefighters went door-to-door, indicated that nearly 50% of the homes in that fire district did not have working detectors. Firefighters offered to install detectors and batteries to residents in such homes. The Wake Up Delaware program was conceived in 2001 by members of the fire service, as the direct result of the tragic deaths of 16 Delawareans in two residential fires, five (5) deaths in Broadkill in October 2000 and eleven (11) deaths in Indian River in January 2001, where there were no working smoke detectors in place. This marks the 8th time (two per year since 2002) that firefighters have distributed free smoke detectors and batteries to residents statewide as part of this program. The distribution days take place in conjunction with the change of the clocks to and from daylight savings time. The October distribution date is also the day of the national fire safety initiative known as "Change Your Clock, Change Your Battery," sponsored by the International Association of Fire Chiefs, in conjunction with the Energizer Battery Company. Wake Up Delaware has been recognized as the only initiative of its kind in the United States, where all fire stations in a state join together at the same time on a given day to distribute free smoke detectors and batteries to residents. OVER 50,000 detectors and 25,000 batteries have been made available to residents…all free of charge…as a result of this program. Wake Up Delaware is funded by a federal grant, as part of the Assistance to Firefighters ("Fire Act") grant program, sponsored by FEMA and the U.S. Fire Administration. Additional information is available by contacting the Delaware Volunteer Firemen's Association office in Dover, toll-free at 877-455-3832 or Tom Mitten, Program Coordinator, at 302-354-3229 (cell) or 302-784-2468 (pager). (http://www.dvfassn.com/wakeupdelaware.cfm) 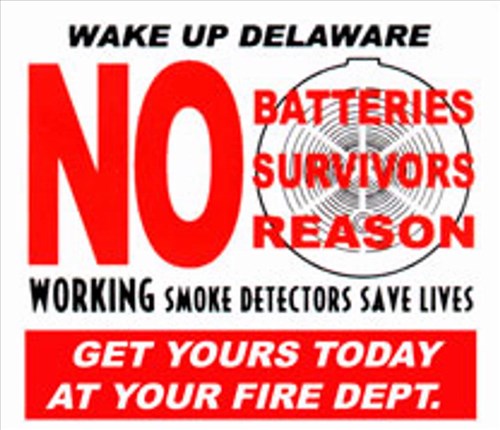 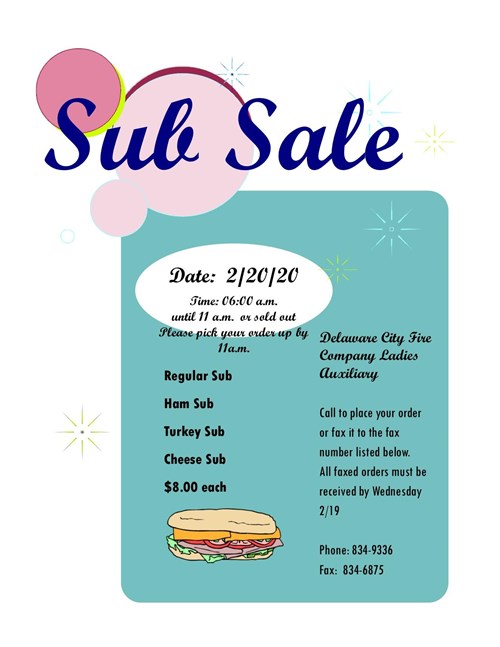