On November 29, 2022, just after 3:30 pm, Delaware City Fire Company and Port Penn Fire Company were dispatched to Route 1 Northbound in the area of Dragon Creek Bridge for a fuel spill.  Units arrived to find a commercial vehicle which had struck an object in the roadway puncturing one of its saddle tanks.  The interconnected tanks each carried 50 gallons of diesel fuel which prompted a request for Delaware DNREC and Belvedere Fire Company HAZMAT 30.  Initial efforts focused around creating a dike to prevent further environmental impact while the hole in the tank was temporarily plugged.  DNREC responders were able to pump the remaining fuel from the saddle tanks and then began working on environmental cleanup as fire department units were released.  Captain Boots had Delaware City Command. 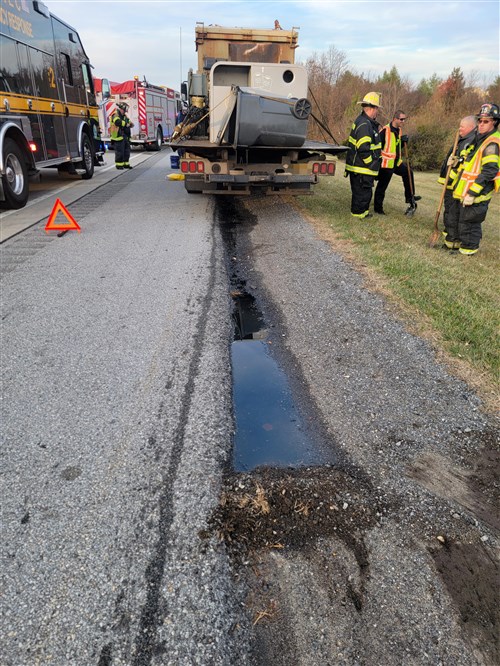 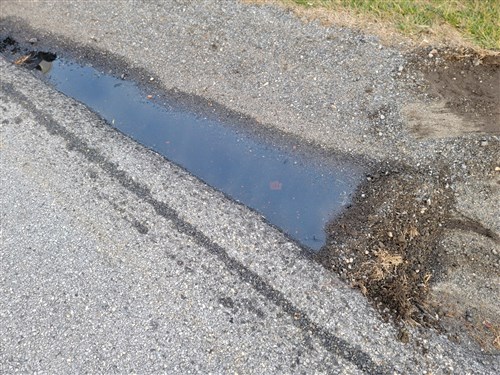 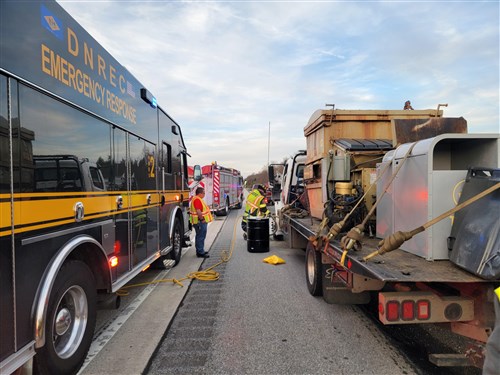