At 01:21 hours, Station 15 was alerted for a MVC with vehicle reported on fire at River Road and Wrangle Hill Road.  Rescue 15, Duty Chief Brennan [15-8C] and B-15 made the response.  Delaware City Refinery Assistant Chief [34-8B] advised the Fireboard that the vehicle was fully involved.  Asst. Chief Brennan arrived on scene assuming Delaware City Command.  The results of the power line down resulted in the City of Delaware City and surrounding communities to be without power.

Crew from Rescue 15 extinguished the vehicle and B-15 transported the patient to CER.  Command placed the scene under control at 01:41 hours.  Also during this time frame, Station 15 responded to a fire alarm at the Revocery Center of Delaware, Cottage #4.  Deputy Chief Poppe [Deputy 15] had command with an alarm malfunction due to the power outage.

Rescue 15 cleard the scene at 03:16 hours.  The intersection was closed down for repairs to the road, telephone poles, wires.  It was re-opended at 21:45 hours. 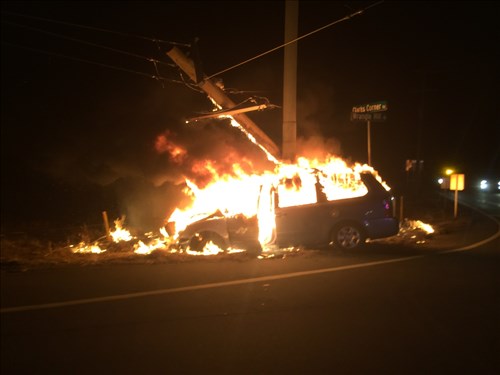 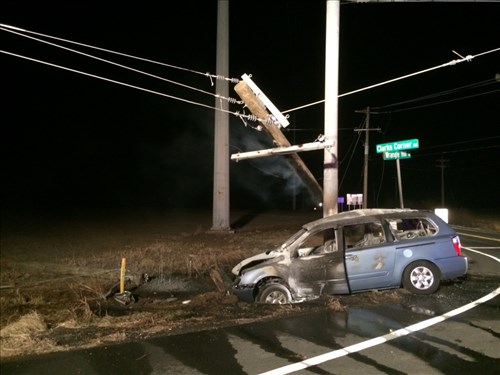 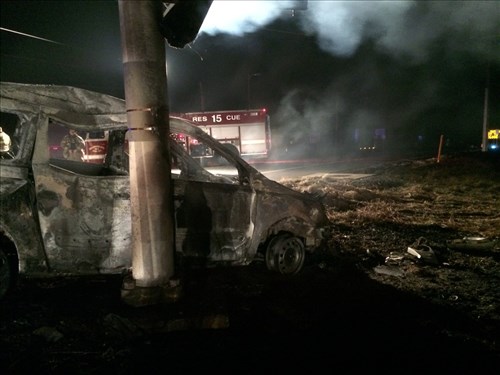 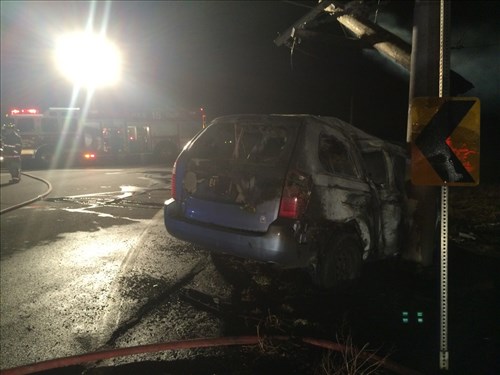 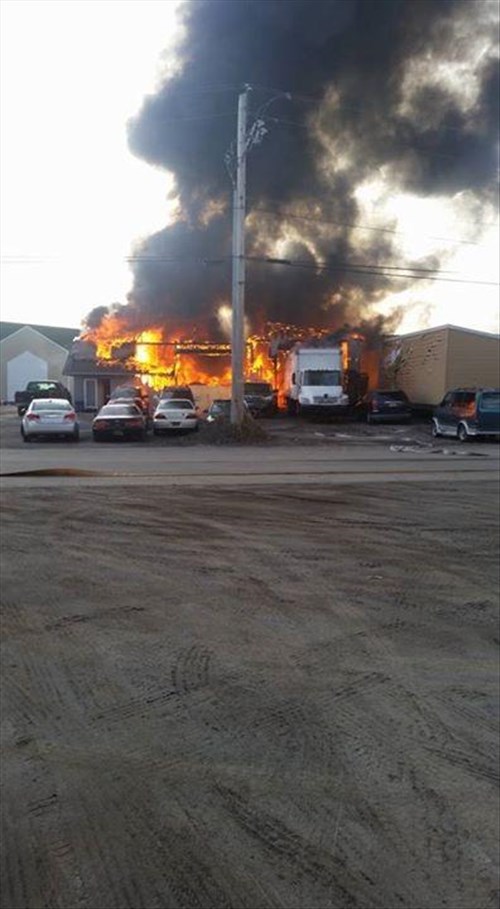